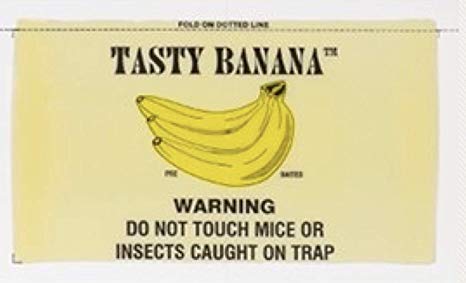 Typical in it’s Brooklyn nature, our old building was quite fond of two animals: mice and cockroaches. It created a nurturing environment for them to run wild when silence qued safety.

In an attempt to fight against the pests, we laid a bunch of banana mice traps around the different corners of our rooms.

On a Saturday afternoon, my dad came home from work and took a nap in his room. My mom was out for a gathering at her friend’s house and my grandmother had tagged along. It was a fairly quiet afternoon with all of us siblings busy in our own shenanigans.

Suddenly, my 6-year-old baby sister, Marwa got extra hyper running back and forth yelling nonsense with her dolls. After constantly telling her to quiet down, my brother stretched out a leg and Marwa tipped over barely making half a roll over to the corner of the room. Unfortunately for her, her butt landed right on the mousetrap–one that had a small cockroach on it.

At first, she didn’t realize.

She jumped back up ready to catfight her disapproval to my brother. Just as she was making her way to him, she could feel an odd sensation and instinctively reached for her butt. In that exact moment, I peaked up from my laptop in time to watch in slo-mo as her hand touched the back of the trap, then reach over and get stuck on the small sticky triangle that escaped her dress.

As I gasped, Marwa yelled. As if she had been bitten by a bear, her shrieks were distinctly similar to the cries for help of someone who was getting chased by one.

Her face turned purple, her tears ran down like waterfalls, all the while, she ran in desperation around the room–twice as fast as she had been before. Shrieking and calling out all the names she had known for help.

And the four of us very responsible siblings roared in laughter.

We all approached her in an effort to help, but her tantrum got the better of us and we all doubled up in hysterics. Upon hearing the conundrum, my dad jumped awake and ran into the room to see Marwa crying like crazy and us all laughing like crazy.

I won’t say he didn’t try to act like a responsible dad try to shush us in an effort to help Marwa. He did. For half a minute, he mustered a responsible angry face before he too burst into laughter.

Marwa was stunned for a second at my dad’s reaction. She looked as if she had been betrayed and within that split second, her face contorted back into cries and she yelled for my mom and my grandmother.

As we all tried to pull off the mousetrap from her dress, in between her hiccups and cries, she would tell us, “Its….not…funny…” we all agreed. One by one, we all made an effort to sober up only to fall back into tears of laughter.

Meanwhile, my dad couldn’t stop laughing but realized the preciousness of the moment and pulled out his phone and started recording a video.

Marwa was in disbelief and now her helplessness turned into anger. “I’m…going…to…tell…naniamma,” she yelled, threatening my dad.

In hindsight, the simple solution could’ve been having her change her dress, but too caught up in the moment, we all attempted to pull off the trap instead.

Finally, my dad sobered up and pulled off the trap from her dress. Like a classic scene from Tom and Jerry, my sister ran the opposite way as my dad pulled on the trap. Finally, the mousetrap was off her dress…

We all burst out into laughter. This time, Marwa joined.

The Hunter MSA: A Home, A School, A Family 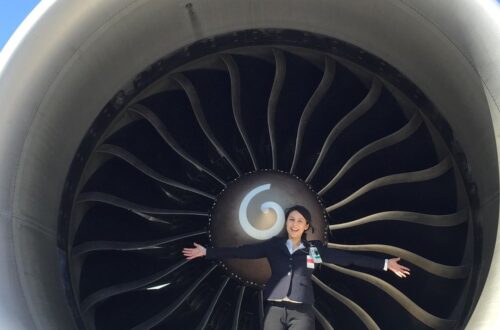